A fabulous show at the Metropolitan Room!
A journey through a time and place where music legends would become legendary. From the mid-sixties to the early-seventies, something magical took place in Southern California...and it all happened in a bucolic stretch of hills, just above the Sunset Strip, called Laurel Canyon. Jackson Browne, Joni Mitchell, Neil Young, The Byrds, The Mamas & The Papas, The Eagles, and Crosby, Stills & Nash, to name just a few, all lived, loved, created, and collaborated there. Lauren Fox tells the story of this epic time in American music history, and sings the songs that it inspired.

And, according to Will Friedwald at the Wall Street Journal, "The music she sings may not be that of the Great American Songbook, but nascent headliner Lauren Fox is actually one of the best traditional-style cabaret performers currently emerging ... Canyon Folkies, covering the whole of the California folk movement, offers a less intimate view [than that presented in her previous show, "Love, Lust, Fear and Freedom: The Songs of Joni Mitchell and Leonard Cohen"] but is equally illuminating and outstanding musically, thanks in part to the arrangements of musical director Jon Weber."
© Lynn Redmile Photography 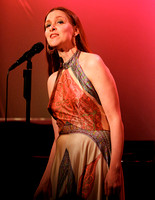 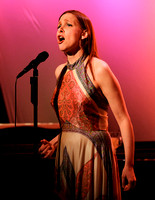 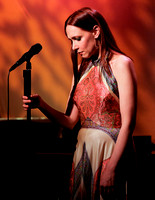 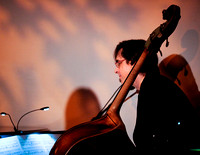