Presented by Traveling Literary Theater, a commemoration of the 100th anniversary of the sinking of the S.S. Titanic, and honoring the 1,514 passengers and crew, and among them, eight heroic musicians. Maggie Worsdale, James Dyne and Tom Worsdale reflect on the investigations into the tragedy. The first part of the performance is set in September 1912, six months after the sinking. The dialogue is adapted from survivor Lawrence Beesley's "The Loss of the S.S. Titanic." The readings follow a timeline and are taken from survivors, relatives of survivors, key witnesses of the event and historians.
The eight musicians aboard the Titanic, Wallace Hartley (bandmaster/violinist), Georges Krins (violinist), Jock Hume (violinist), Wes Woodward (cellist), Roger Bricoux (cellist), Percy Taylor (cellist/pianist), Theo Brailey (pianist) and Fred Clarke (bassist) traveled as passengers, and were therefore not obligated to perform. But as the great ship sank, they stayed on deck, attempting to provide a serene backdrop in an effort to keep the passengers calm. All eight perished.
Using stock orchestrations provided by Vince Giordano and Stephen O'Brien, bandleader Dan Levinson (clarinet) and his Cafe Parisien Band, comprising Will Anderson (flute), Alan Grubner (violin), Thomas Mesa (cello), Vince Giordano (bass) and Peter Yarin (piano), recreate the efforts of those brave musicians that fateful night.
© Lynn Redmile Photography 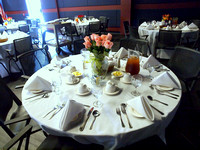 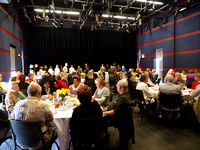 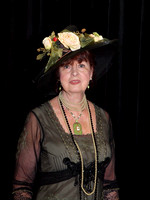 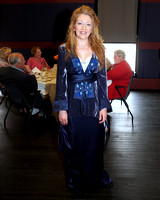 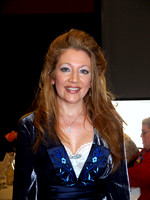 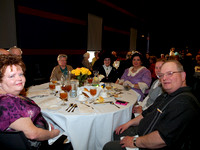 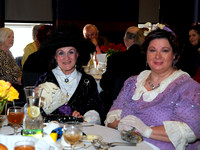 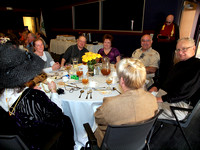 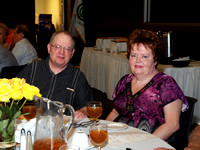 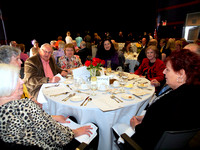 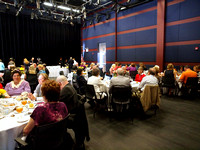 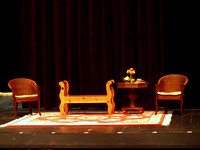 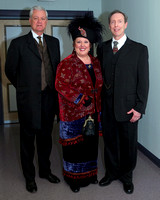 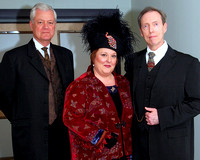 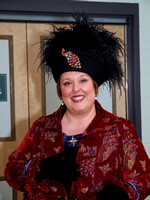 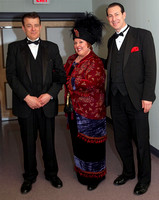 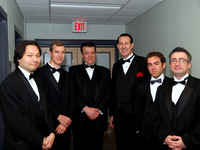